Are you expecting and having trouble sleeping? If so,...

Are you trying to conceive? Follow these three tips...

Are you experiencing hot flashes? Carry cold water at... 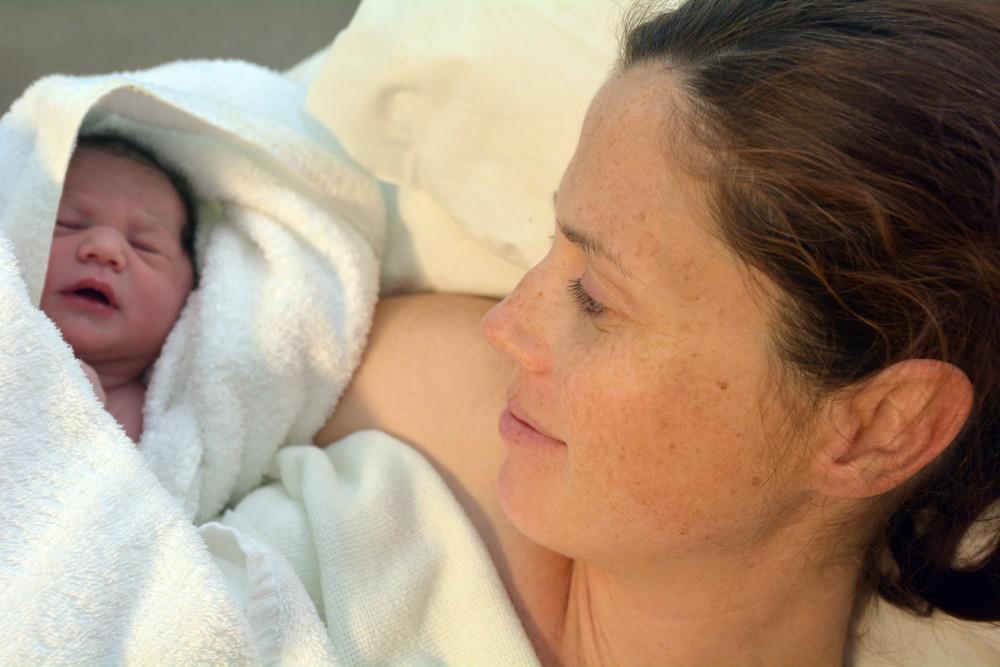 The rate of caesarean sections in the United States has increased since 1996, reaching a third of all births in 2010. This begs the question: is there an advantage to having a caesarean section rather than a vaginal delivery? If so, what are these advantages? Let’s take a look at the pros and cons of each form of childbirth.

Pros of vaginal delivery for mom:

Many women have claimed that they experience a sense of disappointment after delivering via C-section, as if they “failed” at an inherently female task (although just as many are thrilled to sleep through the pain!). In terms of recovery time, most women who deliver vaginally recover much more quickly than do women who undergo C-section. Caesarean section is major abdominal surgery, and recovery can take weeks, and sometimes months. For mothers who plan on breastfeeding, vaginal delivery allows for the ability to breastfeed immediately after birth, which not only aids in successful breastfeeding and milk production, but also assists in involution, the process in which the uterus begins to shrink back to normal size. This can prevent excess bleeding in the post-partum period.

Pros of vaginal delivery for baby:

During vaginal delivery, the force of the vaginal walls pressing against the infant’s torso during delivery assists in squeezing fluid out of the infant’s lungs, thus babies born vaginally rarely have difficulties with their breathing due to fluid. This can sometimes be a problem for babies born via Caesarean section. Babies born via vaginal delivery can also breastfeed sooner, providing them with valuable colostrum that provides the necessary nutrients to sustain them until the mother’s milk comes in. In addition, babies born vaginally are not subject to possible surgical complications that can occur during Caesarean section.

However, there are times when vaginal birth might be harmful to the mother and/or infant.

Cons of vaginal delivery for mom:

Waiting for baby to make its appearance can be stressful, particularly when baby’s due date comes and goes and the mother is very uncomfortable. For mothers who are planners, the uncertainty that is part and parcel of vaginal childbirth is unbearable. And let’s not forget the pain- many women are very afraid of the pain that accompanies vaginal childbirth, especially if they have had a negative experience in the past. Vaginal birth is not without its own risks- vaginal tearing is common, although usually controlled. Some of the problems associated with vaginal childbirth do not show up for decades, including damage to the pelvic floor muscles resulting in incontinence.

Cons of vaginal delivery for baby:

There are times when vaginal delivery may be harmful to the baby, such as when the baby has a birth defect precluding safe vaginal delivery. There are occasions where a problem crops up during labor that makes vaginal delivery dangerous for the baby. Fetal distress during labor or delivery is a common cause of emergency C-section. Rarely, a baby will suffer injury (i.e. a fracture collarbone) or a lack of oxygen during delivery which can result in a birth injury, such as cerebral palsy.

At one time, vaginal birth was the only option. These days, both vaginal birth and C-section are a viable birth option. Although many women believe that performing a Caesarean section requires greater skill than presiding over a vaginal birth, this is not necessarily the case. Both require highly specialized training to ensure that mothers and their babies do not experience any complications. Dr. Rashti believes that women should have a choice when it comes to childbirth. Although Dr. Rashti has the lowest C-section rate in Santa Barbara, his goal is to ensure the safest delivery for her patients by being highly skilled in both types of delivery.

VISIT OUR STATE OF THE ART OFFICE

REQUEST YOUR NEXT VISIT TODAY!